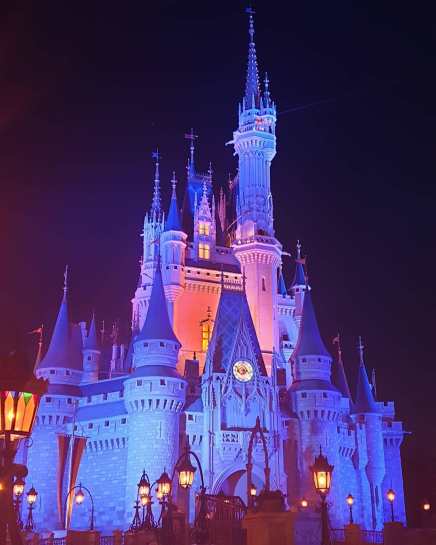 Yes, I am going to talk about my mental health again!

I recently went on a holiday that I have been dreaming of since I was a child and has been planned for the last 2 years. Disney World in Florida, and it was my first time out of the EU. What I didn’t envision when the planning started was that I would be having a battle of wills against my own mind and was losing to it 3 out of 7 days.

Leading up to the flight was rather tense for me as I had been having issues with my anxiety and leaving my flat. The more I worried about missing my flight because of not leaving my flat, the more anxiety I got. I was having trouble sleeping and when I did sleep I would have nightmares of things going wrong. Thankfully, I did manage to get out of my flat on time (though I was at the coach station 45 mins early due to preparing for difficulty getting out the door). It was all thanks to my friend Anna who kindly stayed over in my spare room, woke up at 6.30am when she did not need to be at work until 12pm, standing outside the front door as support (Thanks Anna!). Once I am out of my flat I don’t normally have an issue, it is my safe space.

The travelling itself was fine, I love flying and got rather competitive on the on-flight games with my sister. 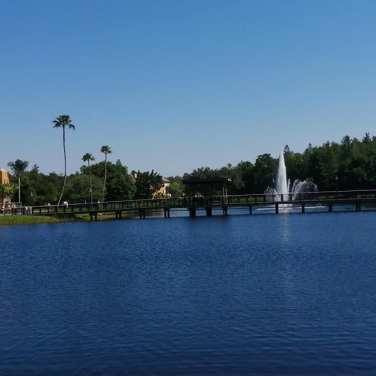 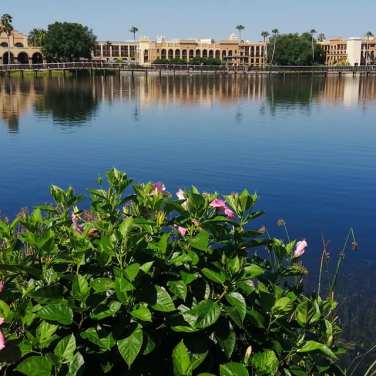 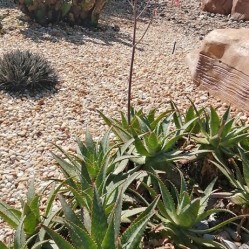 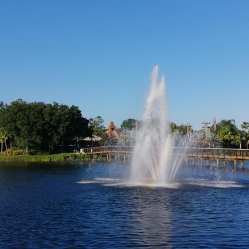 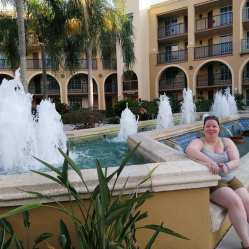 We stayed at Coronado Springs Resort at Disney which was based on South America in the style of the buildings and the succulents and flowers that were planted. It was set around a big lake which was lovely to walk around unless it was around 12pm when it got really hot!

Now with my anxiety and depression playing up, enjoying myself or finding the energy to do stuff everyday was difficult. I did end up staying in the hotel room 4 days out of the fortnight because I just couldn’t handle getting out of bed. On those days, I just was honest with my family and let them go onto the parks without me. I still managed to do everything I wanted to, with the fact that my sister loves to organise, we had fast passes for all the big rides (which I would highly recommend as the longest we queued was 15 mins). My sister even factored in 3 days as rest days! 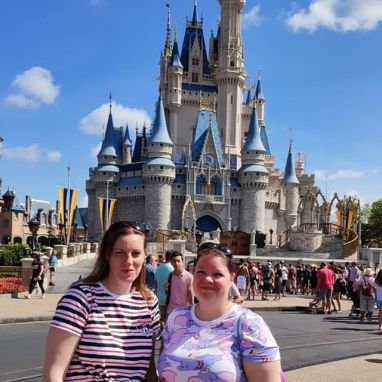 What I worried about most while I was away was how people would view it. I had been off work with my anxiety and now was on holiday in a different country. I was worried people would think I was lying or exaggerating. I don’t know why I worry more about other people than my own health, but it almost made me cancel this holiday as I thought that I should not be enjoying myself while I was ill. If I had stayed in Coventry rather than enjoying my holiday, I feel it would have made me feel worse, and isolated.

Now I try to enjoy myself on my good days because I never know when I may have a bad hour or 2. What I hope you take away from this is, you should not feel like you have to stay at home when you are ill. If you have the energy and the motivation to be out doing something productive then you should, but don’t beat yourself up if you don’t have the energy.

Waiting for part 2 to start #cursedchild #harrypotter #london
Waited ages for this moment... part one now and second part this evening #harrypotter #theatre #london #soexcited
Waiting for the first panto #hesbehindyou #snowwhite #richmondtheatre
Lovely sightseeing tour around London with Mum and Karen, ended up a bit chilled by the end. #cold #london #xmaslights #megatours
Yummy mid afternoon treat #foodfoodfood #fresh #auntieannes @auntieannescov
Had a lovely walk in Sherwood Forest, there were no obvious rich people to steal from for the good of the poor. #nature #forest #robinhood #sherwoodforest #legends